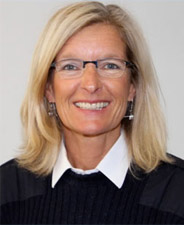 In addition, having qualified as a solicitor in 1982, Dorothy acted for many years as a consultant specialising in aviation and insurance liability issues, and has lectured widely on air law and insurance issues.

This highly unusual combination of qualifications led to her appointment as Honorary Solicitor to the Guild of Air Pilots and Navigators (GAPAN). Dorothy is a Fellow of the Royal Aeronautical Society, a past Chairman and Founder of the GAPAN Instructor Committee and also a past Chairman of the Education & Training Committee.

In 2014, following the gain of Royal Charter, GAPAN became the Honourable Company of Air Pilots and Dorothy was appointed the first Master of the newly renamed Livery Company. She has served on their Court since 2001.

Dorothy is also Chairman of the Professional Flying Instructors Association, which she founded in 2005 and the Outreach Chairman of the Concorde Chapter of Women in Aviation.

Since 2008, Dorothy has been Governor of the British Section of the International 99s (women pilots’ organisation).