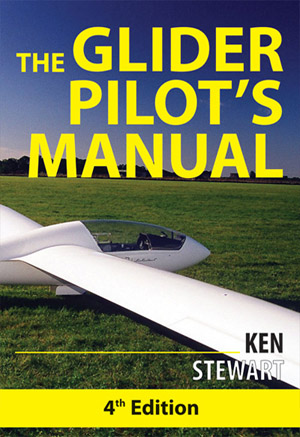 Ken Stewart started gliding on a holiday course at the Cairngorm Gliding Club in the highlands of Scotland in 1972. By 1976 he held an Instructor’s Rating. The following year he joined the instructing staff at Lasham Gliding Centre, reputedly the largest gliding centre in the world. What began as seasonal employment soon became full-time, resulting in his holding the position of Deputy Chief Flying Instructor and for one year, Acting Chief Flying Instructor, while his colleague Derek Piggott took a sabbatical in the USA.

In 1982 he became National Coach for the British Gliding Association and as such was involved in, among other aspects of the sport, the training of instructors, cross-country and competition training. In this role he flew at the majority of the gliding clubs in Britain.

A keen soaring pilot, he is holder of the FAI Diamond Badge and has flown in many competitions and National Championships.

With 27 years of instructing on both gliders and motor gliders behind him,experience of over 100 different types of glider and considerable tow-plane flying experience, he is an ideal person to produce a manual on gliding. He’s also the author of The Soaring Pilot’s Manual.